Create an Account - Increase your productivity, customize your experience, and engage in information you care about.

Originally built as the Cross Town Trail, the Greenway was renamed in honor of Officer Mark Vance who was killed in the line of duty. This 7,385 linear feet paved trail leads from the Mill Creek area of Steele Creek Park to the Volunteer Parkway where it connects with the Wes Davis Greenway. This trail was completed in November 2003 with funding assistance from the Tennessee Department of Transportation.

There are several benches and trash receptacles along the route.

On the evening of November 27, 2004, Officer Mark Vance entered a residence on Belmont Drive to investigate a reported domestic disturbance. Upon entering the home, Officer Vance was shot and killed. A suspect was arrested on the scene.

Officer Vance was an officer with attributes that are rarely seen in law enforcement. To say he was a dedicated and committed officer is only a small reflection of his contribution to the City of Bristol and the community. He was a quiet man of few words who enforced the law with discretion and enthusiasm. Treating people with dignity and respect was the benchmark he set for all officers and it is his legacy to the Department. 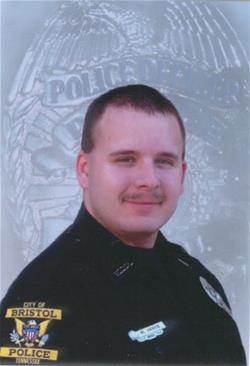